The Commonwealth of Massachusetts has joined the Greek community across the Bay State and around the world in celebrating Greek Independence Day on Thursday, March 25, 2021.

Governor Charlie Baker issued a Greek Independence Day Proclamation, noting “a close bond between the people of Greece and the United States.” 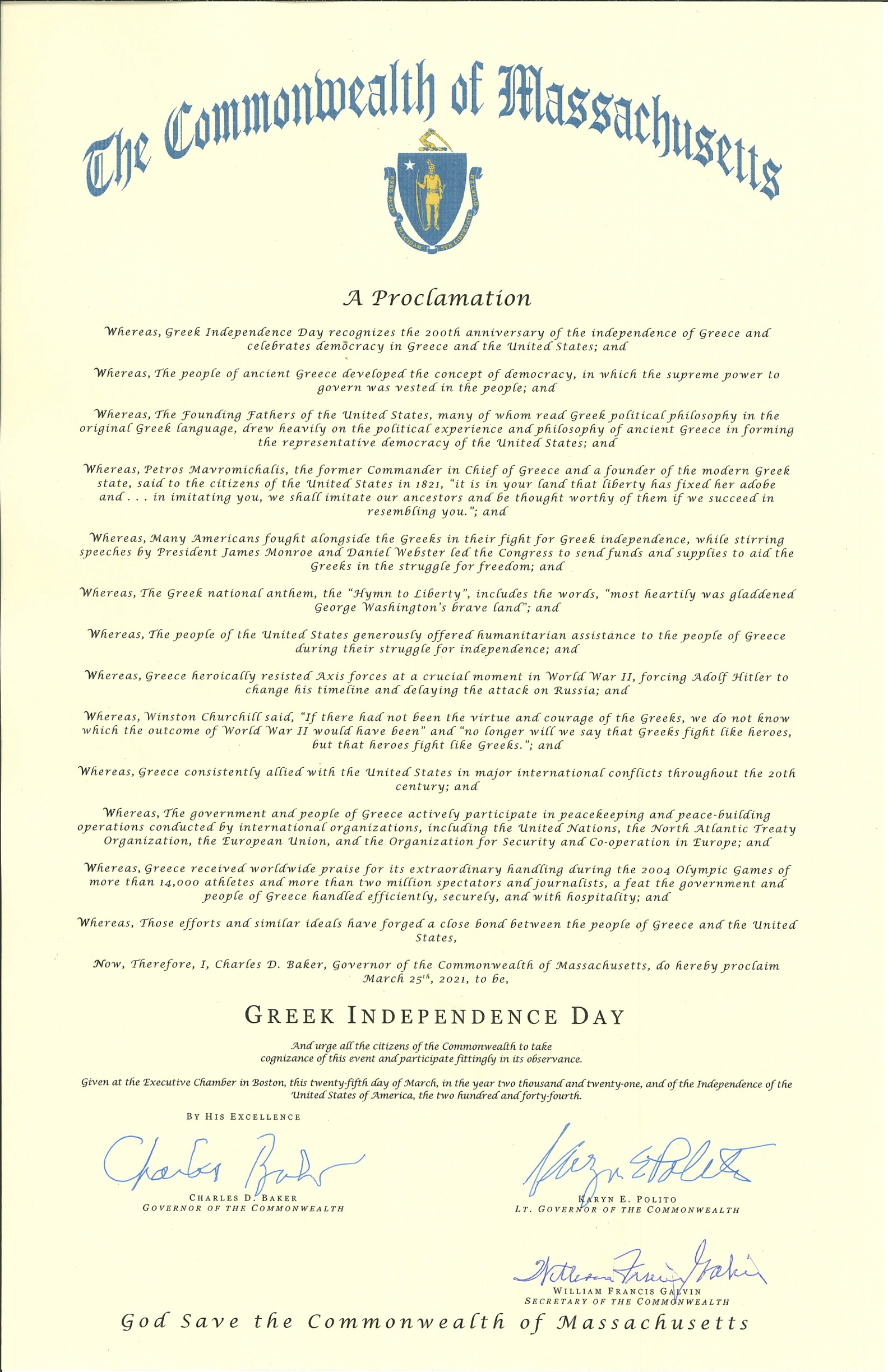 Stratos Efthymiou, the Consul General of Greece in Boston, spearheaded efforts for the commemoration in Massachusetts and in New England.  Local officials and community leaders are holding Greek flag-raising ceremonies in Lowell, Boston, Springfield and Holyoke today. 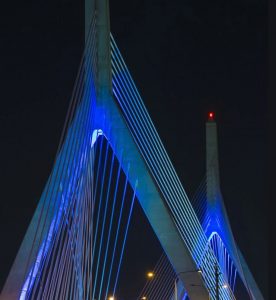 A number of local bridges and buildings are being lit in blue and white, the colors of the Greek flag, to commemorate  Greek independence.  Among the buildings and bridges being lit up: Museum of Fine Arts Boston, Zakim Bridge, Longfellow Bridge and Holy Trinity Greek Orthodox Church in Lowell.

Learn more about the Greek presence in Massachusetts and New England by visiting the Greek Consul General in Boston.