The Consulate General of France in Boston is leading an online, digital celebration of Bastille Day in the six New England states today, July 14, 2020, celebrating France’s devotion to democratic-republic concepts of liberty, equality and fraternity.

The French Cultural Center of Boston and Cambridge is organizing a celebration from 6 to 7:30 p.m. on July 14.  The event kicks off with speeches from French Cultural Center Executive Director Barbara Bouquegneau, and Consul Général de France à Boston Arnaud Mentré.  The event also includes an announcement of the  photo contest winners, a slide show about France, and a sing-along. Register here.

Additionally, the American Friends of Lafayette and the Consulate General have created a Lafayette Trail, to memorialize the footsteps of American Revolutionary War hero Marquis de General Lafayette during his momentous tour in 1824-1825 in preparation for the Bicentennial of the Farewell Tour in 2024. 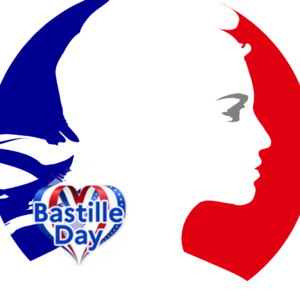 The storming of the Bastille on July 14, 1789 was transformative not just for France, but for Europe and the Americas.  The French Revolution created a government for the people and by the people and enshrined the concept of individual rights and freedoms.

Find out more about the Consulate General of France in Boston.